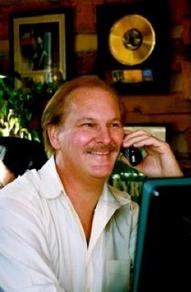 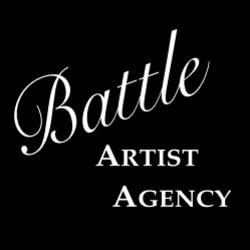 A graduate of the prestigious University School of Nashville, and Belmont University, BATTLE ARTIST AGENCY owner, Rob Battle started his career in the artist agency business over thirty years ago.

His career began in the contract department at Top Billing International. A major driving force in the Nashville music industry, long before the entry to Nashville of West coast based talent agencies. During his tenure at Top Billing, he assisted in the “in-house” publicity and promotion department where he gained invaluable hands on experience working with many of the headliners of the day.

In a short time, he was asked by veteran agent Paul Bryant to assist in opening and establishing McFadden and Associates, Inc. His initial position was to create the contract department, and operating systems for the business while working hands on as a talent agent. During his employment by Jack McFadden, Battle represented and booked clients including Keith Whitley, Lorrie Morgan, Vern Gosdin, Buck Owens, Lynn Anderson, Sonny James, and Billy Ray Cyrus.

At the invitation of Dan Goodman, a seasoned agent, he moved directly across the street from the McFadden office/building, and worked at Entertainment Artist, Inc. with owner Dan Wojcik. The years spend with Wojcik were probably the most fun an agent could ever possibly have. Hank Williams Jr. was voted “Entertainer of the Year” five consecutive years. The Kentucky Headhunters were exploding at radio, Sawyer Brown toured constantly, and The Pirates Of The Mississippi were voted ACM “Best New Group of the Year.” In addition, the roster consisted of Eddy Raven, Gary Stewart, Chris LeDoux, Bachman-Turner Overdrive, Earl Thomas Conley, The Guess Who, Burton Cummings, Jason D. Williams, and Billy Joe Royal among others.

Seizing upon opportunity, Battle met with the ownership of The Agency For The Performing Arts, Inc., and was hired to assist Bob Kinkead as an agent, to establish the Nashville office of APA. During his sixteen years at APA Rob helped the office develop from the ground up. In addition, he worked with many artists ranging from Johnny Cash, The Oak Ridge Boys, The Bellamy Brothers, Sammy Kershaw, Boston, Poison, Bret Michaels, Judas Priest, Rick Springfield, Air Supply, America, Tammy Wynette, Blood, Sweat, and Tears, Billy Ray Cyrus, Williams And Ree, and many more too numerous to list.

In 2010, he left APA to establish his own agency. Relying upon his years of experience, and hands on knowledge of every aspect of the agency business, he has built a very exclusive boutique roster of clients. They include The Bellamy Brothers, Williams And Ree, Gene Watson, Earl Thomas Conley, Moe Bandy, Eddy Raven, and Jesse and Noah.

Battle’s focus has remained consistent throughout his career; to deliver high quality dates and engagements, simplifying the complications of the road, with honesty, reliability, dependability, and a strict work edict.